Three Wimbledon security guards arrested for alleged fight amongst each other

Three security guards at Wimbledon have been arrested after an alleged fight broke out among the group.

Tennis star Nick Kyrgios says ongoing allegations of assault made it "hard" to focus on his quarterfinal match at Wimbledon on Wednesday.

It was nervy, it was a grind and, at times, it wasn't pretty, but England got the job done against Austria in the opening match of Euro 2022.

Rafael Nadal says he doesn't know if he'll be fit enough to face Nick Kyrgios in their Wimbledon semifinal on Friday.

The British Triathlon Federation (BTF) has announced new categories for competitive events which are reserved "for those who are the female sex at birth."

Simona Halep said she's playing her best tennis since winning Wimbledon in 2019 as she reached the semifinals at SW19 with a 6-2 6-4 victory against Amanda Anisimova.

2022 London Marathon to stage the richest wheelchair race in history

He came in with a lot of hype and expectation, and in his first professional outing, Chet Holmgren shone.

Martin Bengtsson attempted suicide as a young footballer. Now, his story is changing conversations around mental health in football

Most sports films end with some moment of triumph. "Chariots of Fire" with Harold Abrahams and Eric Liddell overcoming prejudice and their underdog status to become Olympic champions; Rocky wins the adoration of the crowd and declares his love for his girlfriend; Billy Beane's Moneyball strategy is vindicated.

Ukrainian tennis star on a 'mission' to help war-torn country

Ukrainian tennis player Elina Svitolina says she has a "mission" to help her country and wants to use her platform to provide hope to the war-torn nation.

American Brooks Koepka is set to be the latest player to quit the PGA Tour in order to join the Saudi Arabian-backed LIV Golf series.

Many thought they would never see Serena Williams play top-level tennis again, but the 40-year-old American dazzled Eastbourne on her return to the WTA Tour.

Watch as Hungary's Kristof Milak breaks his own world record in the men's 200m Butterfly with a time of one minute 50.34 seconds in Budapest.

British heavyweight Anthony Joshua labelled himself the "comeback king" in his first face-to-face with Oleksandr Usyk before their rematch on 20 August.

Anthony Joshua says "the hunger is still there" before his heavyweight rematch against Oleksandr Usyk in Saudi Arabia in August.

Watch the best shots as Britain's Katie Boulter records the "biggest win of her career" with a 1-6 6-4 6-4 win over world number seven Karolina Pliskova at Eastbourne.

Which of Europe's biggest names are still available on free transfers?

Will Paul Pogba return to Juventus? What next for Gareth Bale? And where could Christian Eriksen end up?

Manchester United striker Ella Toone explains how being rejected by Manchester City led to her United breakthrough and how she feels going into the Euros as a new face of the England team.

The former captain and coach of Hungary's water polo team Tibor Benedek, who won three straight Olympic golds as a player in the 2000s and a world championship as coach, died on Thursday aged 47, the Hungarian Water Polo Federation said.

Premier League players, including champions Manchester City, took a knee before kickoff in support of the "Black Lives Matter" movement as the English season restarted on Wednesday.

Colombia's soccer chief and the head of South American football confederation CONMEBOL have written to FIFA complaining of "erroneous and discriminatory conclusions" in the assessment of the country's bid to host the 2023 Women's World Cup.

Petra Kvitova is yet to make a call on participating in the U.S. Open and hopes the health situation in New York will improve to make her decision easier, the two-times Wimbledon champion told Reuters.

Australian Paralympic tennis champion Dylan Alcott has slammed the omission of the wheelchair tournament from the U.S. Open, calling it "disgusting discrimination".

Fans should get used to a greater number of penalties in the early stages of Super Rugby Aotearoa as teams adjust to new rule interpretations but the end result should be a more open, free flowing game, Waikato Chiefs coach Warren Gatland has said.

Spanish football's international viewing figures have increased by over 48% since the season returned after being halted for three months due to the COVID-19 pandemic, organising body La Liga said on Thursday.

Dallas Mavericks' Dirk Nowitzki was one of the finest imports to feature in the NBA and became the first European player to win the league's Most Valuable Player award (MVP) in 2007 before he led the franchise to a maiden championship in 2011.

Expressing opinions on social issues and campaigning for change is becoming more normal for the current generation of players, Manchester United striker Marcus Rashford has said.

Serena 'cannot wait' to play in this year's U.S. Open

Fears that strict health protocols due to the COVID-19 outbreak could deter the game's biggest names from competing at this year's U.S. Open were somewhat allayed on Wednesday when Serena Williams confirmed she will play the New York event.

Darren Till could become the second British UFC champion tonight if he dethrones Tyron Woodley. The Liverpudlian has never tasted defeatbut faces a massive test against the American.

PETER CROUCH: Roy Keane’s death stare saved me from being just another plonker in a flash car...

PETER CROUCH: I’ve seen football change over the past 20 years. I’ve been promoted, relegated, won trophies, gone without scoring, played for my country, been bought, sold, loaned and called ‘a freak’.

We’ll miss Alastair Cook, and not just for his ability to score runs

STUART BROAD: Whenever Alastair Cook walked out to bat he made me feel at ease — and I can’t think of a bigger compliment to an opening batsman than that.

MIKE DICKSON AT FLUSHING MEADOWS: Osaka stormed to a sensational US Open final win last night when she beat Serena Williams, who totally lost her head in a dramatic match.

Former England defender Sol Campbell has dismissed talk of a revival under Gareth Southgate, saying the country simply got lucky at the World Cup and are still well behind Europe’s elite.

JEFF POWELL AT ARENA BIRMINGHAM: Khan won the second fight of his comeback by a mile, as he should, but this was not the easy walk in the park he had predicted.

For a man that battled the scales which forced his premature retirement from the riding ranks, Joseph O'Brien still looks lean enough to partner horse Latrobe next Saturday.

Premier League clubs will have to significantly increase the number of British footballers in their official 25-man squads under plans being formulated in Brexit talks.

Mbappe, Pogba, Griezmann and Co were pictured preparing for the clash inside an empty Stade de France, which will play host to a celebratory occasion on Sunday. 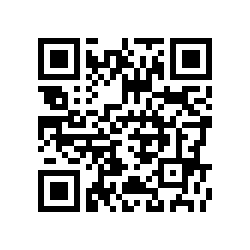