Australia Day: Why young Aussies are shunning their national holiday

A push to shift controversial Australia Day is gaining momentum - and increasingly in workplaces.

Alice Springs: Alcohol limited in Australian town due to violence

A spike in alcohol-fuelled violence has prompted the government to impose the measures.

Livestock - such as cows - produce methane when their stomachs are digesting hard fibres.

Chris Hipkins vows to protect his family from the treatment his predecessor, Jacinda Ardern, received.

Hundreds of people had been about to enter the water to compete in the Manly Open Surf carnival.

Kurtley Beale is suspected of attacking on a woman at a Sydney pub.

The cane toad, weighing in at 2.7kg, is six times bigger than the average specimen.

The race to make diesel engines run on hydrogen

Ordinary diesel trucks could be converted to a hydrogen-diesel mix, according to researchers in Australia.

Cassius Turvey was walking home from school with friends when police say he was attacked with a metal pole.

An Australian cyclist, a Korean soldier and his son, a dancer and a singer were among those on board.

Will Thornton steps in to help a marsupial trying to cross the Gold Coast Highway in Queensland.

George Pell was reviled by many for his alleged role in child sexual abuse scandals.

Australia flood crisis: 'Once in a century'

Brisbane murder: 'I've got to be strong now for our kids'

The husband of a British woman killed in Australia says he "broke down" telling their children.

He Huang: How a comedian divided Chinese social media

Chinese comedian He Huang went viral with a performance in Sydney, prompting a heated response.

Escape of Taronga Zoo lions in Sydney caught on camera

Taronga Zoo, in Australia, has released footage of the incident, which happened last month.

The installation was designed by artist Spencer Tunick, to raise awareness of skin cancer.

An Australian member of a UN committee about discrimination against women describes the Prime Minister's reference to a threat of violence against female protesters as "saddening".

News Corp says it has reached a multi-year agreement with Facebook that covers its major Australian mastheads, including The Australian, Daily Telegraph and Herald Sun, as well as regional publications.

'If you're offered it, take it': Government backs AstraZeneca despite blood clot concerns

Australian health advisors and the government remain committed to the rollout of the AstraZeneca COVID-19 vaccine, despite safety concerns overseas and on the backbench.

The body of a mother who vanished moments after reporting a break-in at her home has been found inside a car boot.

From being rolled for a world record-low 15 to scraping into the BBL finals, Sydney Thunder’s Jason Sangha concedes his team’s season has been a “rollercoaster”.

Australia extended its unbeaten run in T20s to 667 days by thrashing Pakistan in a match indigenous star Ash Gardner didn’t want played as her teammates showed the ultimate support for her anti-Australia Day stance.

Aussie of the Year defends star from trolls

New Australian of the Year, body image advocate Taryn Brumfitt, has called out online trolls over the body shaming of tennis champion and commentator Jelena Dokic.

A boy is recovering in hospital after he was struck by lightning on a beach in Shellharbour in NSW.

Dutton’s next move on Indigenous Voice

Peter Dutton will have the opportunity to ask for more details of the Voice to parliament when he meets with the group of Indigenous representatives working on the referendum.

A lost crocodile spotted roaming the streets of a remote West Australian town has put up a fight, but is now safely back where it belongs.

The Brisbane Heat have vowed to adopt a “fearless” approach to Friday night’s do-or-die BBL finals clash against Sydney Thunder following their meek and embarrassing loss to the Hobart Hurricanes.

Greater Sydney is set to have a wet end to a scorching Australia Day public holiday with severe thunderstorms to hit the city.

No return for flight attendant who fell asleep

One of Australia’s major airlines has won a legal battle with a flight attendant who was accused of stealing food and sleeping at work, and who had argued she’d been unfairly dismissed. 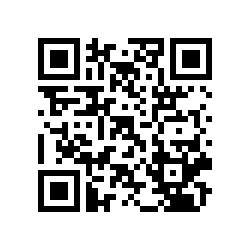