Pennsylvania Lt. Gov. John Fetterman is now the projected winner in the state's Democrat primary for the U.S. Senate seat.

Rep. Elise Stefanik (R-NY) is defending her controversial vote to provide $40 billion in military aid to Ukraine — while Americans continue to reel from inflation and the nation faces historic deficits — telling Breitbart News that she believes the funds will allow Ukraine to defend itself and keep the U.S. from being ensnared in the Eastern European conflict.

'F You Guys!': Tom Brady Reveals How He Deals with Media Critics

Tom Brady has revealed how he deals with media critics and apparently it consists of liberal use of the f-word.

Rep. Eric Swalwell (D-CA) sent out a fundraising email on Monday to fill his campaign coffers off of the Buffalo, New York, mass shooting.

Fox News Channel's Geraldo Rivera told his co-host Tuesday on FNC's "The Five" that American was "hooked on weapons" while discussing of the mass shooting in Buffalo, NY, on Saturday.

Carville: 'Hypersonic Weird' Republican Party Has to Be Stopped

Democratic strategist James Carville said Tuesday on MSNBC's "The Beat" that Republicans had become "hypersonic weird" and had to be stopped.

South Carolina joined the chorus of states that have banned biological males from competing in women's sports.

On Tuesday’s broadcast of Newsmax TV’s “Eric Bolling The Balance,” Sen. Lindsey Graham (R-SC) reacted to attempts to tie the Buffalo shooter to mainstream Republicans and conservatives by stating that people on the right didn’t try to tie the man

Voters in Pennsylvania, North Carolina, Kentucky, Idaho, and Oregon all head to the polls Tuesday to select their nominees in both GOP and Democrat primaries in what is thus far this year perhaps the biggest election night yet.

Prosecutors alleged in the trial of former Hillary Clinton campaign lawyer Michael Sussmann on Tuesday that he fed a story to the FBI about alleged links between Donald Trump and Russia via Alfa Bank hoping to create an "October surprise."

Tiger Woods has opted for FootJoy over Nike at the PGA Championship as he continues rehabbing from injuries sustained in a car accident.

Peking University students in Beijing on Sunday night tore down part of a metal fence that administrators erected without warning hours earlier after the students realized it effectively sealed them inside their dormitories and prevented them from accessing any other section of the campus as part of the school's anti-Chinese coronavirus protocol, Hong Kong's the Standard newspaper reported.

Two Vietnamese officials were caught on video mocking U.S. President Joe Biden during the weekend summit meeting between the United States and the Association for Southeast Asian Nations (ASEAN) in Washington, D.C.

The government of Taiwan on Monday extended condolences to the families of Dr. John Cheng, who was killed in Sunday’s attack on a Taiwanese church in California by a Chinese nationalist gunman, and the five others wounded in the shooting. Taiwanese President Tsai Ing-wen asked her government’s representatives in the United States to “help ensure the safety of local Taiwanese nationals.”

Elon Musk Claims He Will Vote Republican in Next Election

Tesla CEO Elon Musk says he will be voting Republican in the next election, despite "overwhelmingly" voting for Democrats throughout his life. 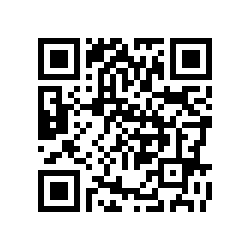