The 'lucky country' is facing a crucial test. The result will affect us all

Ken Morrison has twice been up to his neck in water during climate disasters.

How to help Afghanistan's hunger crisis

Hunger and food insecurity have reached catastrophic levels in Afghanistan. The World Food Program reports that almost 20 million people -- about half the country's population -- are in desperate need of food. Drought conditions, the pandemic and the shut off of foreign aid after the Taliban took control have thrown the country into dire straits. The war in Ukraine is straining global food relief and raising prices. And international aid workers warn that millions of Afghans are facing starvation with at least a million children in danger of dying.

Despite a renewed commitment on civilian casualties, the Pentagon has decided to hold no one accountable for a 2019 strike in Baghouz, Syria, that killed four civilians and wounded 15.

North Korea appears to be preparing for a possible intercontinental ballistic missile test within the next 48 to 96 hours, just as President Joe Biden is scheduled to travel to Asia, according to a US official familiar with the latest intelligence assessment.

India banned wheat exports on Saturday — days after saying it was targeting record shipments this year — as a scorching heat wave curtailed output and domestic prices hit a record high.

Visiting Venice this summer? Here's the best art on show at the Venice Biennale

The recently opened Venice Biennale -- an 8-month-long international festival of art and culture staged every other year (though it skipped 2021 due to the pandemic) -- is an opportunity to see some of the world's best artists all in one place.

It's been a brutal year for Robinhood. The twin plunges of stocks and bitcoin have crushed the online brokerage's sales. The company also reported a loss and drop in users. The stock has plummeted 40% this year and Robinhood recently announced a big round of layoffs.

China's currency just had its worst month ever. It's still dropping

The Chinese currency is declining rapidly as the world's second largest economy falters under the weight of Covid restrictions.

The sexy story behind one of Italy's favorite pastries

Making a trip to Sicily without indulging in a delicious cannolo pastry is akin to visiting Naples without tucking into an authentic pizza. Practically unheard of.

Experiencing the tingling taboo of ASMR

ASMR -- short for autonomous sensory meridian response -- is a physical sensation that has dominated a corner of the internet for the best part of a decade. It has a dedicated following, with more than 14 million monthly searches on YouTube, and has launched entire careers, where digital creators ever so gently release ASMR-inducing content -- soap-cutting, slime-kneading and whispered role play all fall under the perplexing genre -- in the hopes of gaining loyal viewers.

The woman behind the world's most famous tarot deck

Hold a question in your mind, shuffle, select your cards and see into your future. For centuries, people of all walks of life have turned to tarot to divine what may lay ahead and reach a higher level of self-understanding.

23 of the world's best sandwiches

Is there a food more humble yet universally adored than the sandwich?

How to dress for the office after years of remote working

If the thought of retiring your comfortable sweats and choosing a new outfit to leave the house in each morning is an intimidating prospect, you're in good company. For the better part of the pandemic, I've lived in a pair of stretchy, soft wool trousers in the cooler months, switching allegiance in summer to a white linen dress that my brother-in-law dubbed "the ghost dress" (likening its so flowy, so oversized shape to that of a large bedsheet with a hole cut out for my head).

Massive Native American drawings -- which remained unseen in an Alabama cave for more than 1,000 years -- have been unveiled by a team of scientists. It's the largest known cave art ever discovered in North America.

Gianni Versace's former townhouse in Manhattan has gone on sale for $70 million.

These were the best and worst places for air quality in 2021, new report shows

Air pollution spiked to unhealthy levels around the world in 2021, according to a new report.

Not only is Lake Powell's water level plummeting because of drought, its total capacity is shrinking, too

Lake Powell, the second-largest human-made reservoir in the US, has lost nearly 7% of its potential storage capacity since 1963, when Glen Canyon Dam was built, a new report shows.

Big-box stores could help slash emissions and save millions by putting solar panels on roofs. Why aren't more of them doing it?

As the US attempts to wean itself off its heavy reliance on fossil fuels and shift to cleaner energy sources, many experts are eyeing a promising solution: your neighborhood big-box stores and shopping malls.

Almost two decades since Concorde retired, interest around supersonic travel has been picking up pace, and several super-fast planes are under development. Airlines seem interested: United has already committed itself to offering supersonic routes as early as 2029. 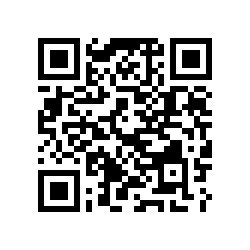