A Chinese court on Friday ordered that the Dutch collector of the famous Zhang Gong Patriarch－a 1,000-year-old Buddha statue containing the mummified remains of a famous monk－must return the stolen relic to its original owner: two village committees in Fujian province.

The HL-2M Tokamak, China's new-generation "artificial sun," went into operation on Friday and has achieved its first plasma discharge, according to the China National Nuclear Corporation (CNNC).

To defeat COVID-19 and keep the global economy afloat, China called upon countries around the world to "focus on the issue at hand, strengthen solidarity and expand consensus to reinforce cooperation", according to President Xi Jinping's special representative Wang Yi.

The next major maneuver for China's Chang'e 5 robotic mission will be an orbital rendezvous and docking between the probe's ascender and reentry capsule, which will be quite challenging, according to project insiders.

The U.S. government's decision to add four Chinese companies, including chipmaker Semiconductor Manufacturing International Corp, to a blacklist suggests Washington's insecurity toward the rise of Chinese companies and will only hurt U.S. investor interests.

Fauci accepts Biden's offer to be his chief medical adviser

Anthony Fauci, a top U.S. infectious disease expert, said on Friday that he has accepted President-elect Joe Biden's offer to be his chief medical adviser.

WHO calls for sustained efforts to control COVID-19 transmission

The COVID-19 pandemic has not settled down into a predictable pattern, as the situation of transmission and cases in different countries varies a lot.

China accounts for largest proportion of UK imports of goods in Q2: ONS

For the first time on record, Britain imported more goods from China than from any other country in the second quarter (Q2) of 2020, Britain's Office for National Statistics (ONS) has said.

A Chinese central government spokesperson on Friday condemned "a small number of politicians" in the United States and Britain for making groundless accusations against the sentencing of Joshua Wong and two other persons by Hong Kong judicial organs, warning they must stop supporting those who disrupt Hong Kong and antagonize China.

UN Secretary-General Antonio Guterres on Friday called for "a renewed multilateralism" to boost cooperation between the world body and the African Union (AU).

President Xi Jinping on Friday met with representatives from the armed forces attending a conference on ideological and political education work in the military, which was held from Thursday to Friday.

The relationship between the Constitution and national security and its significance to maintaining national sovereignty, security and development interests were enthusiastically discussed at a symposium in the Hong Kong Special Administrative Region (HKSAR) on Friday.

A spokesperson for China's Foreign Ministry on Friday slammed the United States' new visa rules for members of the Communist Party of China (CPC), and said that several U.S. politicians and their anti-China rhetoric were "ridiculous" and "pathetic."

China replaced the U.S. and became the largest trading partner of the EU in the first three quarters of the year amid COVID-19, demonstrating the resilience and potential of China-EU economic and trade relations, the Chinese Ministry of Foreign Affairs (MOFA) said on Friday.

COVID-19 vaccine could be ready in India in a few weeks: PM

Indian Prime Minister Narendra Modi on Friday said that a COVID-19 vaccine could be ready in the country in a few weeks.

The lander-ascender combination of the Chang'e-5 lunar probe erected a small Chinese national flag before the ascender was launched Thursday. 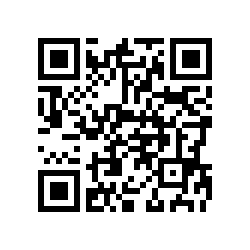