The future of Breakers star Corey Webster is up in the air, with the New Zealand franchise placing him on an injury waiver.

White Fern Suzie Bates has become the first cricketer to clinch both the ICC Women's ODI and T20I Player of the Year awards.

Blackcaps Doug Bracewell out for six weeks with injury

Kiwi paceman Doug Bracewell has been ruled out for at least six weeks after injuring his knee in a domestic Twenty20 match.

After a six month injury lay-off BMX rider Sarah Walker is back on the bike - but it's not the bike you might think.

New Zealand Rugby players will receive an extra $70 million over the next three years as part of a new collective employment agreement.

The Silver Ferns have officially begun life without Laura Langman with the selection of two rookies for next month's Quad Series in South Africa and England.

Tiger Woods has made his first commitment for the 2017 season after agreeing to play in the Genesis Open at the Riviera Country Club in Los Angeles.

Chelsea have been fined NZ$170,000 and Manchester City NZ$ 60,000 after players from both sides were involved in a scuffle during a Premier League match on December 3.

Outspoken Lance Revill has resigned from the Professional Boxing Commission but has said he wants to be a part of Joseph Parker's future in New Zealand.

Auckland City FC coach Ramon Tribulietx is refusing to be drawn on whether he's been approached for the vacant Wellington Phoenix head coach role. 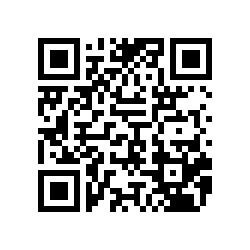