Wimbledon Tennis: 'You're a disgrace': Kyrgios refuses to play after Tsitsipas hits ball at crowd

Nick Kyrgios refused to play for several minutes in his blockbuster Wimbledon third round clash against Stefanos Tsitsipas after the Greek star hit a ball into the crowd and appeared to hit someone.Kyrgios had just squared the match...

Kiwi cruiserweight boxer David Nyika has won his second bout in July, beating Louis Marsters by TKO in the second round in the Gold Coast last night.Nyika survived an early barrage from Marsters, before producing a vicious body...

How the world media reacted to New Zealand's 42-19. win over Ireland at Eden Park. Shuddering reality check By Gerry Thornley, Irish TimesIreland have made progress in the last two and a half years, as evidenced by a dozen wins...

Top-ranked Iga Swiatek was unbeaten since February and sure seemed unbeatable, compiling 37 consecutive match wins and six consecutive tournament titles.She's never quite been as comfortable on grass courts as other surfaces, though,...

Rugby: Springboks steal late win over Wales at the hooter

Stand-in kicker Damian Willemse landed a penalty after the final hooter to edge Wales 32-29 in a thrilling first test on Sunday that so nearly brought the Welsh a first win over the Springboks on South African soil.Willemse's match-winner...

Dutch rider Fabio Jakobsen overtook Wout van Aert right on the line for his first stage win on his debut Tour de France, while Van Aert took the yellow jersey for the first time on overnight.Jakobsen had showed his prowess on the...

Cricket: Broad bowls most expensive over in test cricket history

England fast bowler Stuart Broad conceded 35 runs against India's Jasprit Bumrah in the most expensive over ever bowled in test cricket overnight.Broad celebrated his 550th test wicket on the second day of the series-deciding fifth...

Danny Lee is poised for his biggest payday of the PGA Tour season after superb form at the Travelers Championship.

Team New Zealand are relishing the pressure of match point as they look to close out the America's Cup in Bermuda.

Former British and Irish Lions centre Rob Henderson has bagged touring fans for being "like Victorian children - seen and not heard" at Eden Park.

Peter Burling wouldn't be drawn on what appeared to be a cheeky hand gesture to Jimmy Spithill as he outgunned the America's Cup veteran in the starting box, but his wry smile said it all.

America’s Cup: Your messages of support for Team NZ

Team NZ are just one race away from glory after back-to-back wins.

This article was first published on Newsroom.co.nz and is republished with permission.

America's Cup: Jimmy Spithill could hand over the wheel of Oracle Team USA

Jimmy Spithill has not ruled out stepping away from the helm if it gives Oracle Team USA a stronger chance of defending the America's Cup.

America's Cup: Team NZ one race away from glory after back-to-back wins

Team New Zealand have stopped Team USA's fightback dead in its tracks, responding with back-to-back victories on Sunday (Monday NZ time) to sit just one win away from lifting the America's Cup.

The future of Breakers star Corey Webster is up in the air, with the New Zealand franchise placing him on an injury waiver.

White Fern Suzie Bates has become the first cricketer to clinch both the ICC Women's ODI and T20I Player of the Year awards.

Blackcaps Doug Bracewell out for six weeks with injury

Kiwi paceman Doug Bracewell has been ruled out for at least six weeks after injuring his knee in a domestic Twenty20 match.

After a six month injury lay-off BMX rider Sarah Walker is back on the bike - but it's not the bike you might think.

New Zealand Rugby players will receive an extra $70 million over the next three years as part of a new collective employment agreement.

The Silver Ferns have officially begun life without Laura Langman with the selection of two rookies for next month's Quad Series in South Africa and England.

Tiger Woods has made his first commitment for the 2017 season after agreeing to play in the Genesis Open at the Riviera Country Club in Los Angeles.

Chelsea have been fined NZ$170,000 and Manchester City NZ$ 60,000 after players from both sides were involved in a scuffle during a Premier League match on December 3. 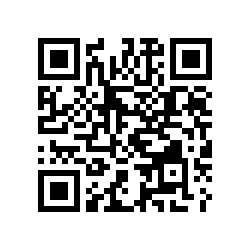