A four-try Chief and a Dutch delight.The Highlanders have wasted no time filling some of the blanks in new coach Clarke Dermody's first squad.They yesterday announced the signings of Chiefs winger Jonah Lowe and rising Otago lock...

Originally published by The Spinoff New Zealand Rugby announced its "Reimagining Rugby" strategy on Tuesday. An underwhelmed Madeleine Chapman reports. When you watch the All Blacks train, you watch from a distance. At the...

One of the warmest airport welcomes the All Blacks have ever received — that was the verdict of captain Sam Cane after the team touched down in Kerikeri at the start of a three-day Northland visit.The 35-strong squad landed at Bay...

Ireland's touring rugby side are set to be reminded at every turn they have never beaten the All Blacks in New Zealand as part of a controversial marketing campaign likely to rile a few feathers.The ads will focus on the All Blacks...

Rugby: 'They are not good partners' - Rugby Australia chairman Hamish McLennan hits back at Kiwi criticism

The strained relationship between Rugby Australia and New Zealand Rugby has taken another turn for the worse. Rugby Australia chairman Hamish McLennan has doubled down on his recent comments saying Australia could walk away from...

Opinion: 2019 Rugby World Cup will answer if All Blacks have turned into Old Blacks

COMMENT The Japanese tapestry is about to undergo significant change, from an exotic weave of artefact and finery to the crunch and wallop of a Rugby World Cup as the tournament sets out to show that it is first and foremost compelling...

All you need to know ahead of... Japan v Russia Home fans won't have to wait long to see their team in action, with host nation Japan meeting Russia in the first game of the Rugby World Cup. Japan, coached by Kiwi Jamie Joseph,...

Tony Woodcock will long be remembered by New Zealand rugby fans for his heroics in the 2011 World Cup. The loosehead prop scored the only All Blacks try in their 8-7 win over France in the final at Eden Park, leading the side to...

New Zealand rugby punters are being urged to trial Spark Sport before the Rugby World Cup kicks off to ensure they encounter no problems.The opening ceremony and first match between Japan and Russia will play live on Spark Sport...

Former Wales rugby captain Gareth Thomas has revealed that he is HIV positive, declaring via Twitter that he wants to "break the stigma" around the condition.The ex-British & Irish Lions wing, who was captain for the second and...

Skelton, White and why the Wallabies need 'winners'

The Premiership final pitted two Wallabies World Cup aspirants against each other. Whether Will Skelton joins Nic White in Michael Cheika's squad remains to be seen, but the value they can add is undeniable.

Super Rugby Round 16 review: How can we ignore Tokyo, Suva?

The Sunwolves and Tokyo have just six Super Rugby games to watch next year. That's it. The Chiefs' three-year deal with Fiji is over after yet another raucous Suva crowd. What's wrong with this Super Rugby picture?

The young England side overwhelmed the Baa-Baas for much of the match, and did just enough late on to avenge last year's Quilter Cup loss.

Loose forward faces a race against time to be ready for the Rugby World Cup after announcing he will be sidelined for at least another two months with the knee injury he sustained in April.

Saracens' fourth Premiership title in five years was business as usual for the Champions Cup winners, who will expect to dominate for years to come.

Saracens captain Brad Barritt has recovered from a hamstring injury to start against Exeter Chiefs in Saturday's Premiership final, the club said on Friday.

Don't fall asleep when All Blacks halfback Aaron Smith is around.

Battle won, but not the war. The All Blacks are not reaching for any champagne bottles just yet, with coach Steve Hansen emphasising that a fine first-test effort against the British and Irish Lions in Auckland is worth nothing on its own.

Disappointed, deflated but also defiant, Lions coach Warren Gatland believes the series is far from over.

Lions tour: Praise heaped on All Blacks on social media after beating British and Irish Lions

A professional, polished performance from the All Blacks, where they took their chances and the British and Irish Lions didn't.

Excitement of beating the British and Irish Lions first up has been tempered by injuries to backs Ben Smith and Ryan Crotty.

As New Zealand celebrates the All Blacks' win over the Lions in the first test, two punters have more reason to cheer than most. 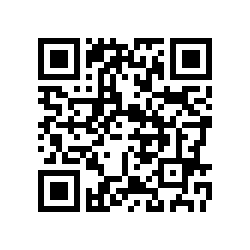