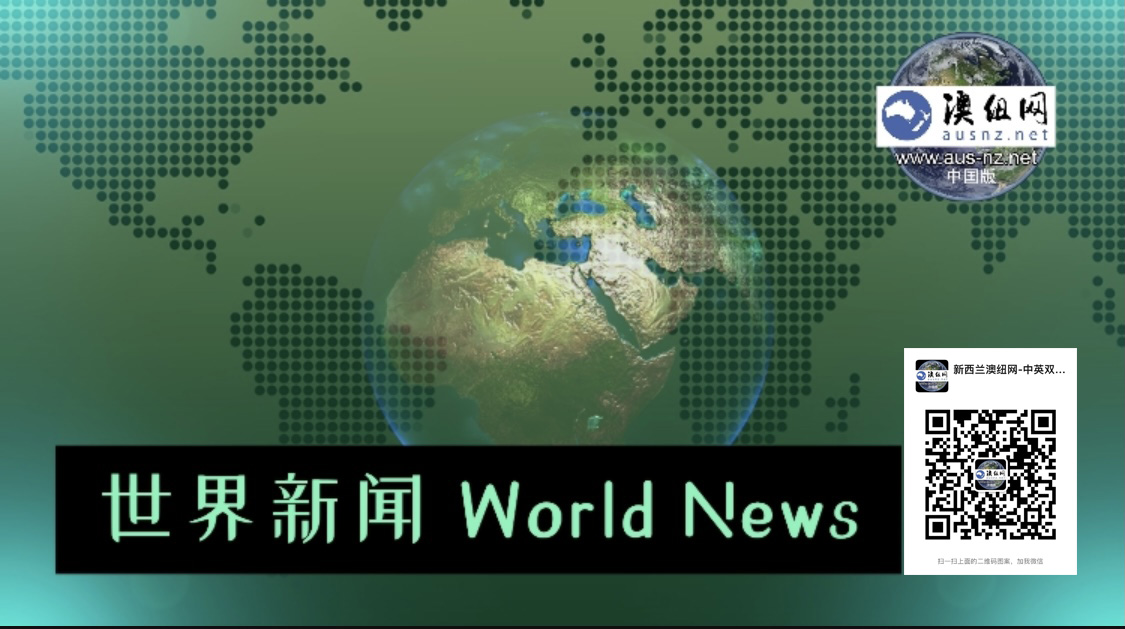 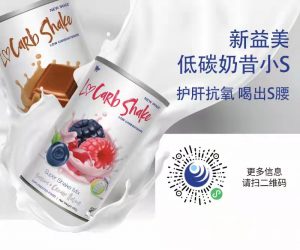 What’s Wordle and why do millions love it?

Indonesian militant gets 15 years in jail over Bali attacks

Heavy rains in Madagascar cause flooding in capital, 10 dead

Officials in Madagascar say that heavy rains have flooded parts of the capital city, Antananarivo, killing 10 people and making more than 12,000 homeless

Russia denies any plan to attack Ukraine but tensions are high as Russian troops carry out drills.

Andre Leon Talley was credited with getting more black models into the fashion industry.

‘Hermit’ Barty & Osaka both race through at Australian Open

World number one Ashleigh Barty says continuing to live like a “hermit” is helping her breeze through the Australian Open draw.

Though ships are already on the way to repair the cable, residual seismic activity will determine when the divers can go down.

5G phones: How serious is the threat to US flights?

Ten leading US airlines are warning that the expansion of 5G services could be disastrous.

The singer accuses Jamie Lynn Spears of promoting “false or fantastical grievances” in her new book.

Klay Thompson has his best game since returning from a 31-month injury absence as the Golden State Warriors beat the Detroit Pistons 102-86.

Joe Biden one year: How is he doing so far?

Twelve months in, how is he doing? Here’s a visual guide to the ups and downs of the Biden presidency.

Analysts had suggested the recent tensions had roots in a struggle for power between factions led by former Kazakhstan president Nursultan Nazarbayev and his successor, Kassym-Jomart Tokayev.

Its only undersea cable was destroyed in an eruption, cutting it off from the rest of the world.

Covid: WHO warns pandemic not over amid Europe case records

Jose Mourinho: Is Portuguese manager running out of time at Roma?

Jose Mourinho was once dismissive of the Europa League – now Europe’s new third-tier Conference League could be key to his chances of success as manager at Roma.

A man has been charged with murder after a five-day search for a girl near Sydney, police say.

Pita Taufatofua has said the funds can be used to help hospitals, schools and for water purification.

Many Tory MPs will be listening closely to the prime minister’s answers as he faces Prime Minster’s Questions.

Hong Kong will euthanize about 2,000 hamsters and other small animals after a pet store worker and several rodents tested positive for coronavirus, as the city pursues an uncompromising zero-Covid strategy two years into the pandemic.

Prosecutors drop charges against two teens who were accused of provoking the police to open fire.

Ex-Senator Ingrid Betancourt spent six years as a Farc captive after being kidnapped in 2002.

The former Trump lawyer is among four aides slapped with subpoenas by the congressional inquiry.

The women put on sale on Clubhouse for their views

The women say right-wing trolls in India targeted them for criticising Narendra Modi and his government.

Should bad science be taken off social media?

Somali survivor: The resilience of living through serial suicide attacks

Former BBC reporter Mohamed Moalimu is recovering after being targeted on Sunday in Somalia.

Many foreign firms hoping to ride the Olympics boom are investing heavily in the troubled region.

Joe Biden: Scoring the US president’s first year in office

Highs and lows of the president’s first year – in six charts.

Teams work desperately to clear ash from runways so planes can deliver food and drinking water.

Interim Manchester United boss Ralf Rangnick says he will continue to play Paul Pogba – even if the France midfielder is only motivated by a transfer away from the club.

Brighton provide another huge blow to Chelsea’s dwindling hopes of winning this season’s Premier League title by coming from behind to claim a well-deserved draw.

Formula 1 is in danger of not having any sprint events this year as a result of a stand-off over money, says McLaren boss Zak Brown.

Holders Borussia Dortmund are knocked out of the German Cup suffering a shock last-16 defeat by second division side St Pauli.

Ghana suffer a humiliating group-stage exit at the Nations Cup as the four-time champions are beaten 3-2 by debutants Comoros.

A pet shop outbreak in “zero Covid” Hong Kong will result in the euthanasia of 2,000 small mammals.

Greater Manchester Police say the pair, detained in south Manchester, have not been charged.

Mobile firms agree another 5G delay at US airports

Airlines have pushed for postponement, saying risks from 5G will force them to cancel flights.

It follows a wave of prison breaks over the past year in which more than 5,000 inmates have escaped.

American basketball player Sonny Weems has been subjected to racial abuse from fans while playing in China.

He met his girlfriend on Plenty of Fish and also lied about a £300,00 inheritance, court hears.

The most likely scenario, according to the cold case team, was that Jewish notary Arnold van den Bergh tipped off authorities.

Wayne Rooney and Frank Lampard are in the frame for the manager’s job at Everton after an initial move for Belgium coach Roberto Martinez ended in frustration.

Wild berries, steamed pear and local spring water have been used to create the instrument.

The 23-year-old teacher died after being attacked along a County Offaly canal last Wednesday.

The FBI and police from multiple European countries and Canada have taken down 15 computer servers that were used in “major international cyberattacks,” law enforcement agencies said this week.

Maltese center-right politician Roberta Metsola has been elected as the new European Parliament President, a week after the body’s previous head David Sassoli died suddenly, and she immediately faced questions around her stance on abortion rights.

Experts have long said the pervasiveness of antisemitic beliefs in society can fuel violence against Jewish people.

Analysis: A drone attack in Abu Dhabi could mark a dangerous turning point for the Middle East. Here’s what to know

A deadly drone attack in the heart of the United Arab Emirates’ capital has thrust the Middle East into uncharted waters at a time when the region’s leaders have sought to heal years-long rifts.

Tonga said the “unprecedented disaster” had generated tsunami waves of up to 49 feet and destroyed all of the houses on Mango island.

After nearly a dozen hamsters tested positive for the coronavirus at a pet store, authorities say they may have infected the employees.

Prosecutors are opposing the parole request by Breivik, who has used court appearances to showcase his neo-Nazi sympathies.

Hong Kong activist Edward Leung, who coined the now-banned slogan “Liberate Hong Kong, Revolution of our Times,” has been released from prison

The weekend’s eruption and tsunami may have just been a warm-up, volcanologists say.

The United Nations says the military government in Mali has blocked many flights by the U.N. peacekeeping force in the West African nation and the U.N. has grounded all non-emergency flights since Friday

Puerto Rico’s nearly five-year bankruptcy battle is ending after a federal judge signed a plan that slashes the U.S. territory’s public debt load as part of the largest municipal debt restructuring in U.S. history and allows the government to start repaying creditors

The British man who took four hostages at a Texas synagogue grew up in a neighborhood that is predominantly immigrant, religious, aspirational.

Texas synagogue attacker was fatally shot by FBI; authorities are piecing together his movements in the U.S.

Investigators are focused on the hostage-taker’s movements inside the United States and where he purchased a weapon.

Police have denied the allegations after an investigation by an Israeli news outlet found that the military-grade spy software is being used against the country’s citizens.

The United Arab Emirates said it would hold accountable the perpetrators of a strike on its port that killed three.

Despite sitting almost on top of the volcano that erupted so violently, the Pacific nation of Tonga appears to have avoided the widespread devastation that many initially feared 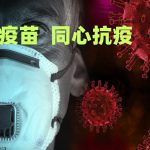 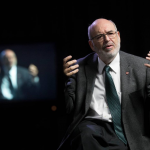 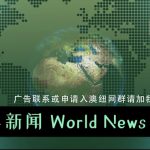 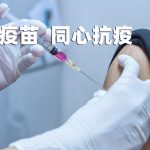 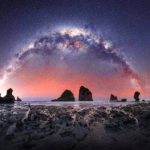 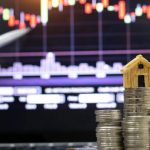 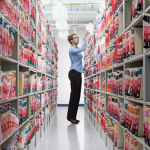 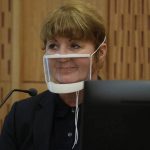